Inspired by the Rainbow that lit up the valley below and after a tough two hour trek, the brash band of Beneavin hikers ascended into the freezing mist to conquer the summit of Djouce Mountain.  Then, back down to the sunshine at the Dargle River for some well earned rest and refreshments and to search for the pot of gold the end of the rainbow. They deserved it after all their Trojan efforts. 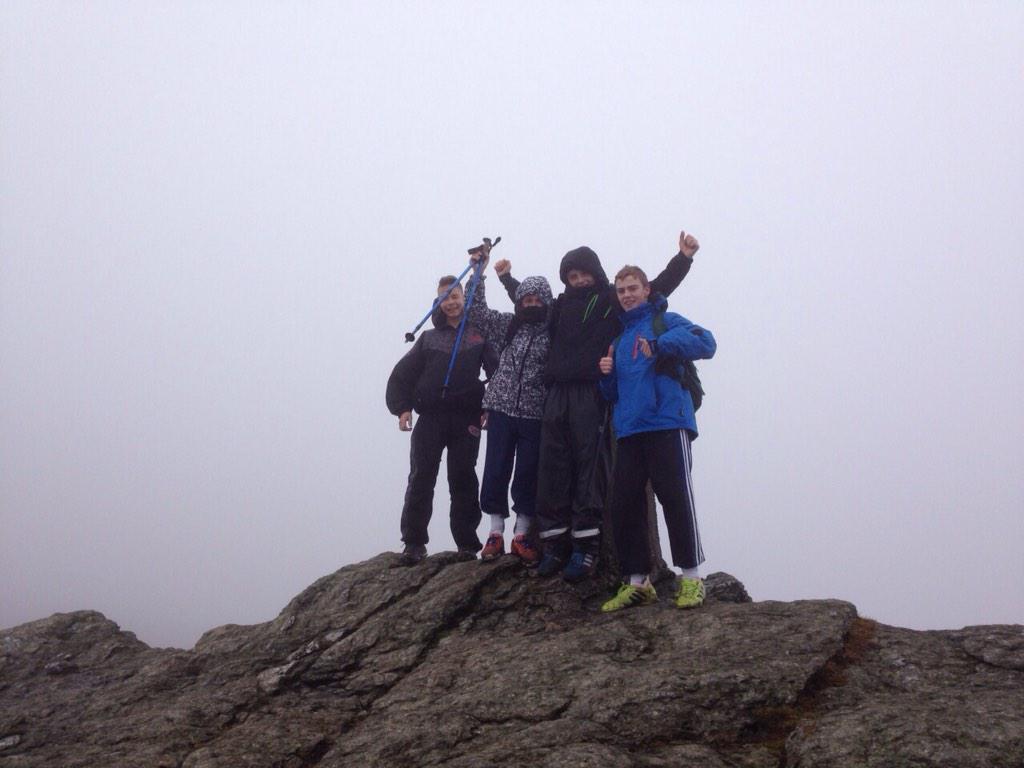 The Hike was assiduously organised by Mr Walsh, led by Mr Nash’s dog Millie- accompanied by Mr Nash, supported as ever by Mr Murphy, (in shorts – legs shaved) and the fantastically fit SNA Áine — who encouraged all by example. 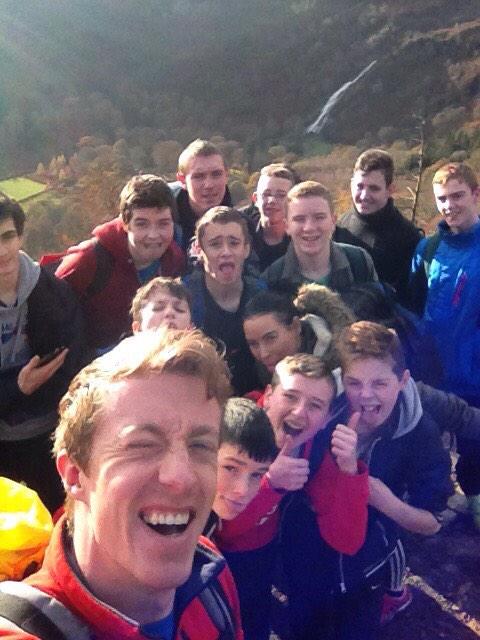 The banter was flying on the way out to the mountains but snores were heard from the exhausted hikers at the back of the bus before we left Djouce Wood car park on the way back.  It was an exhilarating day of high achievement and high craic and the glow from this Rainbow Day will long be remembered.